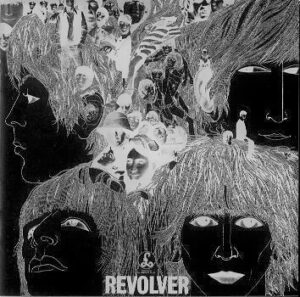 Improving The Beatles Revolver was an another relatively easy job. There are not many obvious mistakes on this one. Just one, actually. But even though I consider it their best (sometimes, sometimes it’s Sgt. Pepper, I haven’t decided yet in 40 years) and definitely the most important album, I can still imagine it to be better. It could and it should have been done better.

Of course, as always, this means breaking their very human and philanthropic rule not to include singles already recorded at around the same time on LPs, and my own somehow cruel rule – not to include Ringo’s songs on the LP records, as explained here.

Revolver always seemed to me like a complete and compact album with one minor flaw. Yellow Submarine breaks its integrity, flow and almost destroys it. That’s why this in all aspects brilliant  song has to go. And to keep the tradition of fourteen songs on the LP, I had to pick one more. So Doctor Robert took the bullet. It is not a bad song, it is interesting both musically and lyrically, but of all the others it is undoubtedly the weakest.

Yellow Submarine is a great singalong song and another example what was Paul able to do and where he can go in music. Anywhere, everywhere. It’s catchy, it’s well crafted, it’s happy little tune loved by generations of kids. It’s a great single, great film but it’s an absolute disaster on Revolver.

Replacing these two songs was, luckily, very simple. Fortunately a few weeks before the release of Revolver The Beatles recorded probably the second best single of their career – Paperback Writer / Rain. Again, we have to appreciate their unselfish gesture. Not to include two such songs on the album seems unbelievable and nowadays unimaginable wasting of talent and money.

So how would I put it together.

Taxman is, of course, one of the best openers in their discography, it has to stay in place. The beginning without intro in Eleanor Rigby somehow doesn’t fit for me right after Taxman, so is one place moved, and Rain takes its place. I’m Only Sleeping and Love You To are well connected so they stay together. After Indian hard rock I put even heavier She Said She Said and then end side one with quiet and lovely melody Here, There And Everywhere.

My initial thought of how to open the side two was Paperback Writer, the great single. It sounded OK but in the end Good Day Sunshine made the final cut because of the intro. For No One and And Your Bird Can Sing swap the places, and the next two as well. I Want To Tell You is somehow forgotten Harrisong but it’s great and leads us to the big finale.

Here The Beatles finally understood how to end the album properly. Tomorrow Never Knows is not only an absolute masterpiece and milestone in the history of music, it is also a perfect and suitable ending of an important album.

Any objections?
Try it. It makes perfect sense now.

One thought on “Revolver… Naked”