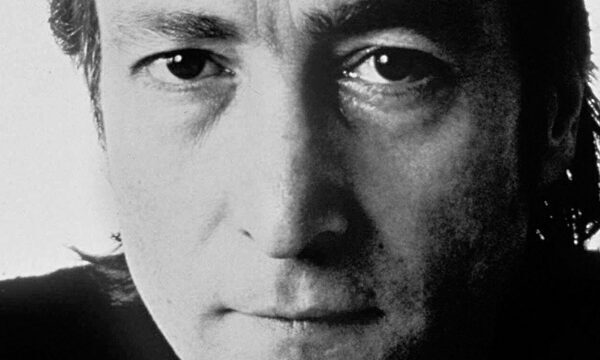 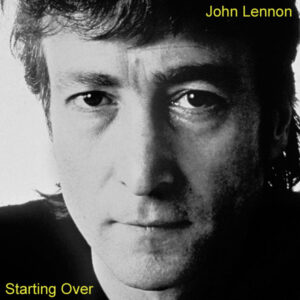 OK, it is a strong statement. But I really mean it. If he hadn’t been killed, Double Fantasy would have been a flop, I’m sure of that. Both commercially and critically. Fans would slam him and critics would not spare him either.

Five years of waiting for the god of rock and roll to return and we got this!? This is THE comeback album of the king? Lots of fans must have been disappointed. And some critics were brave enough to state that it really was not a worthy record. Steve Pond from Los Angeles Times even concluded that “the worst thing about Double Fantasy is that it simply makes John and Yoko look like a pair of aged, lost hippies.” The Washington Post’s Richard Harrington wrote that “$8.98 for a flaccid look at a family scrapbook is too much to ask”.

Leaving aside that there are actually only seven John’s tracks, for me the saddest thing is that all those songs have basically everything he always criticized about Paul´s worst. Sugar, honey, granny. And too much of it. I did my best, but even this fixed version is still pretty much a disaster. Even for 80s disco album. Because that’s exactly what it is. Two stars max.

But at least we can try to do the John´s last album properly.

Come on.. We all know that it should not have been like this. Nobody wants to listen to Hot Dogs Are Over. Although I have to admit that some of the Yoko’s songs are not bad. Had they been done by somebody little bit more musically talented. But it’s a New Wave, not Lennon as we know him or what would we expect from him after five years of silence. Paul tried to keep up with trends over the years, sometimes well, sometimes not very successfully. John couldn’t.

We can only speculate how much of truth is in the Frederic Seaman’s book but personally.. I trust him. Still, I can’t understand what led John to do his comeback album like that. Depression? Insecurity?  Feeling his own inadequacy? Maybe. I don’t know. The (in)famous Anne Leibovitz photo of a naked John clinging desperately, like a child to its mother, to a clothed Yoko shows his weird and unhealthy dependency on her.

But I don’t want to judge his personal affairs. I do this for music. So let´s try to make it slightly more enjoyable. Let’s mix songs from Double Fantasy with those leftovers, later released on Milk And Honey and try to “record” a decent album.

Opening with (Just like) Starting Over is the only option, the title says it itself. Watching The Wheels is fine, one of the good ones, slightly Dylanesque reflection of his house-husband life. Then Woman, again too sweet for my taste but OK. I’m Losing You finally sounds a little like Lennon the rocker but Forgive Me My Little Flower Princess.. Seriously? Look, I am a romantic, I sometimes cry when watching romantic films but this one goes straight to Room 101 to visit Lovely Linda. I close the side one with Borrowed Time although I’m not entirely happy with all those noises at the end. If it was on Paul’s record, I would say all right, it’s Paul, we know him, but I wouldn’t expect this silliness from the working class hero..

Side two starts with simple but catchy Nobody Told Me, followed by something that bothered me a bit for some time. We heard many times that Coming Up was a big inspiration for John to start working again but I Don’t Wanna Face It intro sounds like it is shamelessly stolen from this one. I don’t want to offend him, I don’t know which one was written first. I read somewhere that the John´s one is actually from 1977. I don´t care too much, to be honest. Occasional stealing in music and art in general is absolutely fine.

Cleanup Time seems old, like from Walls And Bridges years, but it’s ok. And after that his usual kneeling down..

May I ask you something? Is Dear Yoko really that much better than wildly ridiculed Don´t Pass Me By? I think that hard core Lenono fans really are deluded. Anyway, I never understood him and probably never will. Sing it to her in the kitchen, that’s fine. But why would you put it on an album?

I’m Stepping Out sounds like something I have heard before, I just don’t know what was it but it’s all right. If you have the same feeling, let me know. The final song of the whole album is Beautiful Boy, showing an even softer side of John Lennon, but this time it is heart-warming and lovely song for his son and probably the best one on the album.

That’s about that. To be honest the most difficult thing was to find a place for not very good songs and try to make both sides of the album more or less equal. I don’t want to sound too critical, it’s John Lennon after all. But leaving aside Sometime in New York City even after fixing it is still probably his worst album.

Give it a try and let me know if I am being too harsh.