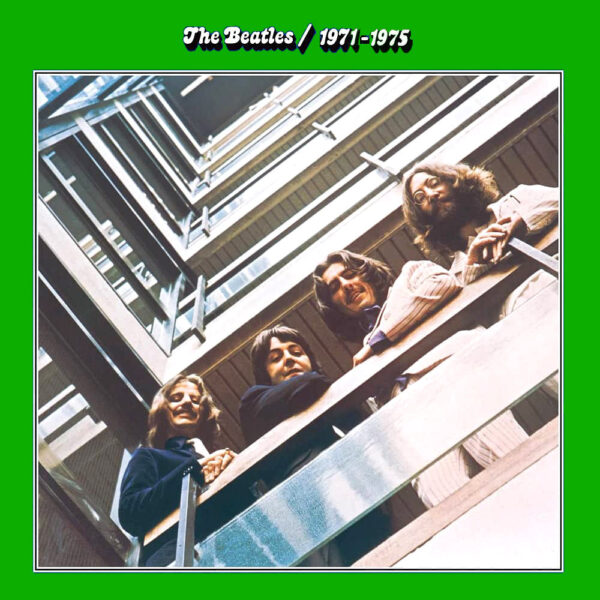 I consider both Red and Blue double albums to be extremely well done. My versions would be very similar, maybe except for a few details pretty much exactly the same. But so far I haven’t come across a Green album that I really like and that is compiled according to my own standards.

And I’ve seen and heard plenty of them. A lot of fans tried, but again, like early George Martin or Phil Spector, they just put their favourite songs together somehow and made a mess. They don’t understand the importance of the opener or the closing song, they don´t understand the flow of the album.

I believe my version makes more sense. Unlike Red and Blue, the songs on my compilation are sorted only approximately by the release date, although I tried to be as accurate as possible. But who says they would record songs in the same year they released them? It’s happened before. Some songs had to wait years before they were recorded and released. The biggest exception is of course George, five of his six songs are all from the first album. In fact, I didn’t really consider to use any of his other songs he made before 1979. Except Give Me Love, but to be honest that’s just because I like Jeff Lynn’s version on Concert for George.

More important to me, as you may have noticed in my previous attempts to fix their albums, is that the whole album is ear pleasing and the songs follow each other in a way that makes sense, do not interfere with each other and connect well.

Each of the compilers follow their own set of rules. So do I. Lots of them have the rule of equally chosen songs so neither John or Paul can have two songs in the row. That’s not a good one. And it didn’t work on any Beatles albums anyway. If it fits, I don’t care who sings.

(“No George, you cannot have 7 minutes long song, we made this mistake before. Stop wasting fans´ time!”)

Seven songs per side is kind of usual norm in Beatles LP catalogue but it is getting more and more tricky when they get older. The older they are the longer songs are.

Although I read somewhere that it is possible to stretch the side of vinyl a bit and squeeze more than 22 minutes on it, we would have to sacrifice the sound quality.

So, we have two options. Either we´ll do it like I want to, as a producer, and make it double album as usual and we would have to shorten a few songs in our heads or I have to make it as a triple album. Because I can´t spare any of these songs. I’m breaking my own rule, I know. And not just one… But I still prefer the first option. Seven songs per side and the double album to carry on the tradition and you boys just stop wasting people´s time with stupid three minutes long outros. All of you!

I believe it works very well as a Best Of. John has 9 songs, Paul 11 but mainly because of the two follow-up songs on the second album. They just fit together so well. George and Ringo still don’t have an equal space. Simply not. They don’t deserve it. I know it was one of the main talking points of that infamous meeting but no. George´s songs just don’t possess the same quality as I already wrote on All Things Must Pass Naked. He still has a significant number of songs and I think that three tracks per album is more than enough. Ringo has got two songs, one on each album. Fortunately he recorded two really good ones, Photograph and It Don’t Come Easy.

You may be missing a few songs without which some of you can’t imagine such a record. But there is a reason for that. Some of John´s fans will definitely miss Cold Turkey and especially Working Class Hero. But these are not Beatles songs in my ears, can´t be. These are first proper John’s solo singles. To be honest My Sweet Lord is not Beatles song either but I decided to use it anyway. Maybe in my fantasy timeline it was released as a B side of single after all. And it was a massive success. Although John refused to sing all those Hare Krishna backing vocals. Likewise, the other three vetoed John’s Woman Is The Nigger Of The World but I don’t think that anybody would really miss this one.

Some of you on the other hand may think that some of Paul´s songs are unnecessary or even useless and not good enough to be on the album. But again we have to realize  that this is a “Beatles” record. And that means some of his granny shit just has to be on it. We know he would force the others to play it over and over, like he did with Maxwell or Ob-La-Di. And I, as a producer, would agree with him.. They are hits and they are good. And I like them, too.

Apart from those mentioned above all songs included deserve to be on the 1971 – 1975 record. One of the disagreements could be closing the whole double album with Live And Let Die. It might be a surprising choice for some of you, but a few years before they got assigned for the first world satellite broadcast so I see no reason why they shouldn’t be assigned for James Bond theme. If not the Beatles than who else?

Try it and let me know if you really miss any songs that would deserve to be on. And how would you do it.