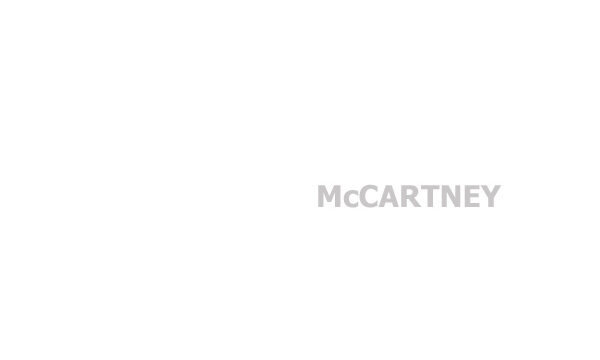 Unlike John’s version, Paul’s White Album is more… well more white. It sounds more optimistic, joyful and bright. Which isn’t such a big surprise, we’ve known both of them for a long time. It actually sounds like McCartney’s record. Nothing is missing, everything is there, like always. Grand opening, hard rocker, simple unplugged melody played only with guitar, entertaining granny shit or two and singalong hit at the end. We can discuss the quality but we know it’s his usual formula for success. In my ears, it sounds like prequel to Ram which I consider to be Paul’s best solo album.

Same like with John’s one, and pretty much every album I tried to fix, one of the toughest job was not only to find reasonable order for the songs that they would follow each other smoothly but also try to keep it around 20 minutes per side and to make the two sides of the record more or less equal. Both Revolution 9 and Hey Jude made it slightly more difficult this time. Each solo White Album has only five songs on side two but I think they are strong enough.

I don’t want to judge which 1968 solo version is better, I really enjoy them both. They both are very diverse, very unique and very good. It just shows how different the two were and how well they complemented each other on Beatles records.

Choosing the opener, as in John’s version, was nice and easy. Obviously, it can be nothing else than Back In The USSR. Then straight to Birthday celebration and after that we calm down a little with Mother Nature’s Son. There is no better way to show Paul’s versatility than to put lovely love song I Will after the total opposite – Why Don’t We Do It In The Road. I Will already follows smoothly on the original record, so there’s no reason to change it. Martha My Dear is another love song, this time cheerful declaration of love to his dog. I’ll be happy to bury Rocky Raccoon in a forgettable place and then Blackbird will finish side one.

Side two starts with two of the most hated songs – Ob-La-Di Ob-La-Da and my favourite loony tune Wild Honey Pie. I consider the criticism of these two songs to be unfair and unjustified as I already wrote elsewhere on this website. But it doesn’t matter. The two underdogs are followed by something previously unseen and unheard, Helter Skelter, and to show even more of Paul’s incomparable wide range, we’ll add a possible number one hit from the 1920s, Honey Pie. The whole album ends with a great single, which, in my opinion, was supposed to be the final song on the original White Album, Hey Jude.

The album length is now 38:21 long and it makes perfect sense. And unless you really hate Paul (there are people like that) you will enjoy it like I do.

Try it. And let me know if you would mix it differently.